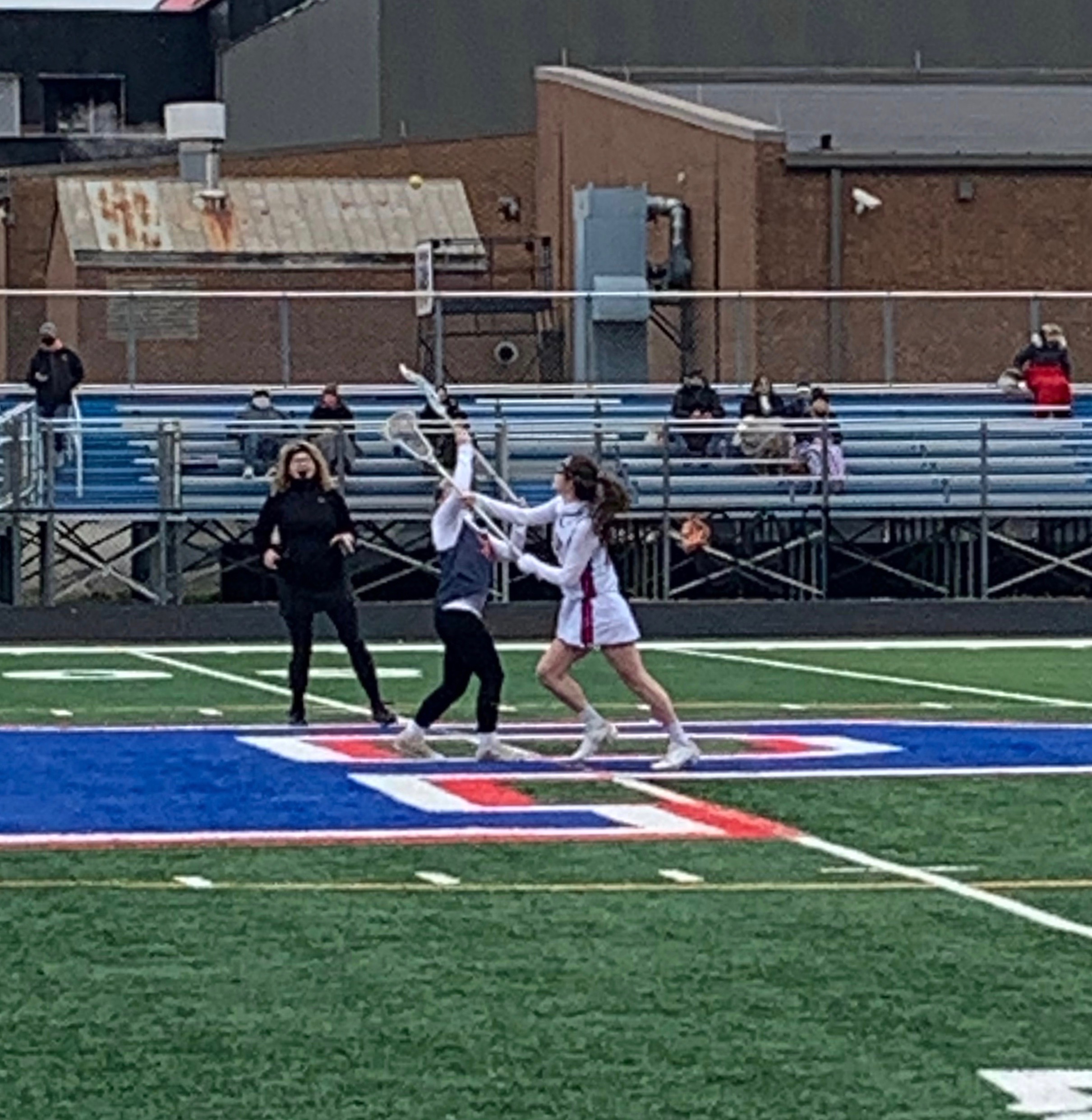 I absolutely loved coaching middle school girls. If you are a teen mom a daughter, that may sound crazy, but it is the honest truth.

Lacrosse, here in the south, is about as common as building a snowman. Lacrosse in the south is growing like a toddler, but few people have ever seen the game, less alone know the rules.

I grew up playing lacrosse in NJ, and went on to play in college at the University of Arizona. A rag tag group of largely Northeastern girls made up our college team. We had the good fortune of playing the west coast college lacrosse circuit. For that simple reason, I was highly qualified to coach here in Tennessee.

Middle school girls are coming into themselves. It is an awkward time for many girls and not always easy. Some of the girls had gone through puberty, others, several years away. Some girls had played before, others were trying a sport for the very first time. Together, we all converged on one field, as one team.

Few of the balls thrown when we first started were caught. Picking up a ground ball with an awkward stick took practice. These girls stepped out, they made a decision to take a risk. The girls even risked looking foolish in front of their middle school peers!!! What could be more horrifying than that!

The girls listened to each other and the coaches, gave it their best efforts, and agreed to fail so they could come back and try again in an effort to succeed.

I learned so much from them. I became a better person, a better coach and a better mom of a teenaged daughter because of them. I saw what can come from dreaming and hard work. I learned that what others think is so much less important if you believe in yourself. This team of amazing girls who no one had ever believed in, won their first game in 4 years! The joy that filled my heart watching them hug and celebrate was overwhelming.

Covid 19 cut the season short unfortunately. We could all only imagine what this special group of girls could have accomplished. The other teams in the league had sold us short. Everyone wanted to play us first in the season to have an easy win. That win against a team who was confident they would squash us, was all the more sweet.

These girls had no more talent than any previous team, they just had more heart. They took the risk to believe in themselves, work hard and even say out loud that they could. The girls voted their victory before they had ever won a game. It is a victory none of them will soon forget, and neither will I.

What are you not doing because of what people will think? What are you not trying because you are afraid of failing or looking foolish? I challenge you, that if 50 middle school girls can step out into themselves, than you can too. If those girls can believe in themselves, you are certainly capable of believing in your worth and dreams too. You are a Mom for goodness sake, you can do hard things! You just need the mindset. I would love to walk along side of you as I did with those middle school girls.

Dare to Dream and schedule a free call with me today. Together we an get you dreaming of your first goal and believing you can achieve anything.

← Moving Mountains one Roadblock at a Time Have Courage →